One of the biggest social media giants around the world Facebook has announced that the company is willing to open a new office in Lagos, Nigeria and this will be done in 2021.

Facebook will be joining other tech companies like Google, Microsoft that already have established offices on the continent of Africa. This will become the second office on the African continent after its Johannesburg bureau in South Africa, the Lagos division will host teams specialized in engineering, sales, politics and communications.

Facebook hopes to develop products made by Africans for Africans and the rest of the world an aspect that many big tech giants are starting to develop as a way of infiltrating the African market.

The office that will be opened in Nigeria, will be expected to serve all the countries that are in the Sub-Saharan region. This will include countries like Ghana, Uganda, Kenya, Congo among many others.

In 2016, Facebook CEO Mark Zuckerberg went on his first business in Africa, meeting Nigerian President Muhammadu Buhari and local businessmen in Legos, where he now plans to further implement his company.

Facebook’s expansion on the African continent will certainly be watched by western African countries who will wish to have the same element come to their countries as well.

The SBG office supports small and medium businesses across Sub-Saharan Africa through community programs as well as marketing training programs, all aimed at enabling SMBs to accelerate the growth and development of their businesses.

“The opening of our new office in Lagos, Nigeria presents new and exciting opportunities in digital innovations to be developed from the continent and taken to the rest of the world. All across Africa we’re seeing immense talent in the tech ecosystem, and I’m proud that with the upcoming opening of our new office, we’ll be building products for the future of Africa, and the rest of the world, with Africans at the helm. We look forward to contributing further to the African tech ecosystem.” – Ime Archibong, Facebook’s Head of New Product Experimentation

According to a study commissioned by the Social Media company, Facebook’s investments in infrastructures and connectivity in Sub Saharian Africa could generate over 57 billion dollars for African economies over the next 5 years. An estimation that would surely reinforce the group’s presence on the continent.

The move has been seen as a major play on tapping talent from Africa and also setting up a steady base to gain more from the fast-growing market within the region itself. Google and Microsoft have also grown their local presence in Nigeria over the past decade.

When you look at Microsoft, the big tech company has made huge strides in penetrating Africa which has included a $100 million commitment to build software development centers on the continent and employ 500 African developers by 2023.

There is also the factor of the evergrowing internet and financial services, not forgetting other technological advancements in areas of mobile money transactions, 2Africa, the world’s largest subsea cable project, which will circle the continent and deliver internet connectivity with landings on multiple coasts.

All this including the growing talent base for developers within Africa has encouraged tech companies from the West to take a keen interest in the market, and this is just the beginning. with more moves still expected in the coming years to come. 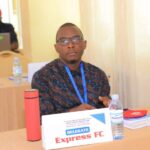