The 2019 finalists UCU Canons could find themselves relegated from the Uganda National Basketball league after revelations that they might not be able to partake in this season’s league.

In a word with our reporter Hudson Mugweri, Coach Nick Natuhereza says that they are struggling as a team to meet some of the logistical expenses to even have training sessions.

Some of the players on the team are unable to meet the costs of meals and accommodation for them to be able to join the rest for training. And yet in order for them to participate in the league, those costs need to be covered.

“Please note that there is a possibility that our Canons will not take part in the league this year. Which means that we are likely to be relegated as per the rules.” Said Coach Natuhereza.

The Canons are fully financed and backed by the University which is Uganda Christian University based in Mukono. However, because of the impacts of Coronavirus, the university has been left with having to focus on issues that they consider as a priority.

What is the Current Situation with UCU Canons?

The former finalists have been left hanging waiting on a decision of whether they will be part of the league this season or not.

Coach Nick Natuhereza is, however, hoping that there is a solution reached by the administration of the university so that they are able t0 partake in the league activities this season.

“Right now we are hopefully waiting, it will be sad if we end up not being part of the league this year. Considering the kind of season we had last season, it would be only fair that we figure out something very soon. I can’t begin to imagine the ripple effects of not playing.”

The decision by the management will affect both the Lady Canons and the UCU Canons which happens to be the men’s team.

Because of the policy to play using only students who are part of the university, UCU Canons are already without Dikong who joined the new big boys on the block, the Namuwongo Blazers having completed his university degree.

The scenario now raises the question of why the university continues to stop the aspect of getting a sponsor for both teams. Such challenges would easily be addressed which would then ensure that the young and exciting teams to watch wouldn’t miss out on this season’s league.

7 Career Tips for Breaking into the Entertainment Industry

Owing to smartphones, social media, and streaming, the entertainment industry is rapidly evolving, revolutionizing how people

END_OF_DOCUMENT_TOKEN_TO_BE_REPLACED

You, as a learner, will agree that exams can be a challenge, and preparing for them

END_OF_DOCUMENT_TOKEN_TO_BE_REPLACED

What Are Non-Religious Support Systems for People

During these challenging times, it can be difficult to find the right kind of support system

END_OF_DOCUMENT_TOKEN_TO_BE_REPLACED 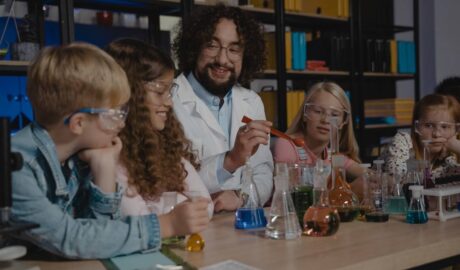 5 Ways to Promote Engagement and Active Learning in Classes

Teaching and imparting knowledge is a noble profession that comes with numerous techniques to achieve results.