Jumia Closes Shop in Tanzania And Cameroon Within 10 Days

By: Moses Echodu
In: Business

One week ago one of the leading online shopping platforms in Africa Jumia shut down operations in Cameroon and just two days ago, the company also shut down offices in Tanzania.

Jumia, which has been dubbed the Amazon of Africa and the first African tech firm to be listed on the New York Stock Exchange, has seen its share price plummet since a Wall Street debut in April 2019.

Jumia says that they are shutting down their operations in Tanzania as they look to review their portfolio.

“While Tanzania has strong potential and we’re proud of the growth we’ve collectively seen stemming from Jumia’s adoption, we have to focus our resources on our other markets,” the company wrote.

“We have to focus our resources on our other markets. It is more important now than ever to put our focus and resources where they can bring the best value and help us thrive,” said Jumia in a statement.

Jumia however said it would continue to service vendors and customers via its classifieds business. So the operation will continue in a rather smaller margin.

This is the second market the shopping platform has made an exit in less than two weeks. On November 19, the company announced its exit from Cameroon.

In a statement, Jumia’s CEO, Sacha Poignonnec said: “we came to the conclusion that our transactional portal as it is run today is not suitable to the current context in Cameroon.”

Jumia closed its outlets in Tanzania and Cameroon citing a change in its operations strategy.

Africa’s Amazon will now only be available in 12 African countries, no longer the 14 it was in when the company listed on the stock exchange in April.

Jumia’s exit from the two countries comes just a few weeks after it disclosed its third-quarter financials. During its earnings call, it did not inform investors about plans to exit any market.

When asked how it was performing in different markets, Poignonnec told analysts that “we do not disclose this information.” “What I can tell is that we see a lot of momentum pretty much across the board,” he said, “but we don’t disclose that.”

So the big question is whether the company plans on closing operations in many other countries in Africa as well?

There’s No Virtue In Untrampled Virginity

By: The Broken Native 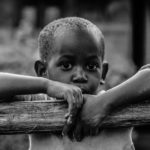 By: The Broken Native

The Best 10 Bullet Proof Cars You Can Own Today