BioNTech and Pfizer collaborated on the first mRNA-based COVID-19 vaccine. For their cancer and COVID-19 research, the company received two European Investment Bank (EIB) financing through the Investment Plan for Europe.

The scientific and commercial progress made during the pandemic gives reason to believe that a highly effective vaccine will soon be available to help eradicate malaria. Despite the global community’s huge financial and public health efforts, this goal has remained elusive.

In more than 30 years, BioNTech is the first major vaccine company to commit to eradicating malaria. The firm employs a two-pronged strategy;

1) It seeks to create a first-generation mRNA vaccination based on the CSP protein, which is a well-known antigen. This first-generation vaccine candidate’s clinical trial is scheduled to begin in late 2022.

2) It will conduct a dedicated antigen discovery process in the hopes of discovering novel antigens that could lead to the development of a second-generation vaccine with improved efficacy. Furthermore, the corporation has committed to producing the possible vaccine in African facilities, either with licensed production partners or independently.

This project has been applauded and is backed by the Africa Centers for Disease Control and Prevention as well as the EU and the World Health Organisation.

“mRNA technology is helping us to save lives from Covid-19 and diseases that we have only known about for 19 months. Malaria has been with us for millennia. Eradicating it has been a long-held but unattainable dream,” WHO director-general Dr Tedros Adhanom Ghebreyesus commented on the vaccine project.

“We still have a very long road to travel but this is an ambitious and purposeful stride down that road. WHO remains committed to walking and working with you, our partners, until we reach our destination: a world free of malaria,” Dr Terdos added.

BioNTech said it was also looking at setting up an mRNA hub in Africa so that future vaccines can be manufactured and distributed on the continent. A project, that will surely help in the fight against the terrible disease, as many hope to eradicate malaria in this generation.

“We are witnessing the start of a revolution in medical science, the revolution of messenger RNA,” European Commission President Ursula von der Leyen said at Monday’s online launch event.

“Eradicating malaria is now a realistic goal and now we know that it can be achieved already in this generation,” the EU Commission President stressed.

In a conference call with reporters, BioNTech CEO Ugur Sahin said he believed BioNTech’s malaria efforts have “a high likelihood for success”.

Messenger RNAs, also known as mRNA, are one of the types of RNA that are found in the cell. This particular one, like most RNAs, are made in the nucleus and then exported to the cytoplasm where the translation machinery, the machinery that actually makes proteins, binds to these mRNA molecules and reads the code on the mRNA to make a specific protein.

So in general, one gene, the DNA for one gene, can be transcribed into an mRNA molecule that will end up making one specific protein.

The fight against malaria received a boost in April when researchers from Britain’s Oxford University announced that their Matrix-M vaccine candidate had become the first to surpass the WHO’s threshold of 75 percent efficacy, in a study on infants in Burkina Faso. 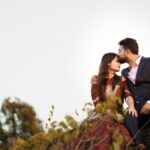 These 4 Simple Tips Will Help Boost Your Confidence Today1 Shares 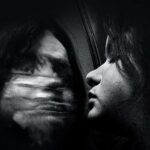 These Tips Will Help You Maintain A Good Mental Health, Find Out Now1 Shares 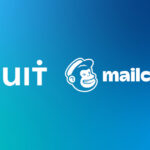 Mailchimp To Be Acquired By Intuit For 12 Billion1 Shares 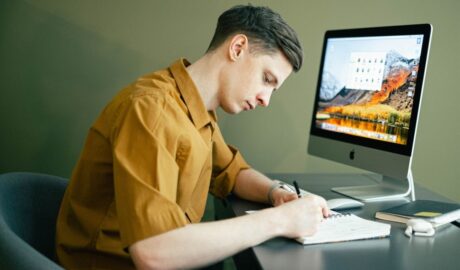 Today, there is a rapid increase in the number of remote workers worldwide. Just in the

END_OF_DOCUMENT_TOKEN_TO_BE_REPLACED

Can The Water and Sanitation Crisis in Africa’s Largest Slum Be Solved?

Kibera, the largest slum in Africa located on the outskirts of Nairobi, houses hundreds of thousands

END_OF_DOCUMENT_TOKEN_TO_BE_REPLACED

According to the Bureau of Labor Statistics (2021), approximately 20% of businesses fail in their first

END_OF_DOCUMENT_TOKEN_TO_BE_REPLACED

Like in many African countries, Uganda’s population is made of 77% youth and these make the