What Can We Do To Fight Racism?

Make no mistake about it. Racism is a business, PERIOD.  Like any other business, racism requires funding, marketing, consumers and makes money. Like any other sustained and successful marketing campaign, it affects everyone.

Here’s one example, I was driving in town the other day and at the traffic lights (robots, we call them this side of the world) next to my car was a sleek Mercedes Benz driven by a young, black man. As I was looking at the driver and his car, my first thought was that of suspicion, “Hmmm, I wonder what he does for a living.”. Think about that for a moment. Of all the things I could have considered, suspicion and drugs were the ones that came to mind.

It’s not rocket science that a young working-class black man does not control the multi-trillion ZAR drug industry, but the connection between people that look like me and drug dealers has been etched into my mind. Thanks to a plethora of misleading statistics like the one below. 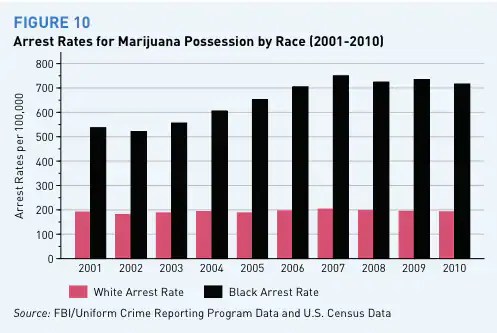 These type of stats feeds a culture of racial assumptions that produce micro-aggressions. According to Wikipedia, microaggressions are defined as, “brief and common daily verbal, behavioral, and environmental communications, whether intentional or unintentional, that transmit hostile, derogatory, or negative messages to a target person because they belong to a stigmatised group.”

Microaggressions are the normalised experiences that black people encounter daily based on their differences from the white norm. Take for example being called “Kwerekwere” because I am darker than the average black South African. White people from other countries are likely to be called “Expats” or some other fancy name like that. Take a waiter asking how many of the “tribe” was going to join me for lunch at a restaurant in Stellenbosch.

What of the constant feeling of being a suspect when you walk into a retail shop as the security officers alert themselves of your presence via the walkie-talkie. This leads to the kind of a shame that prophetically takes the base out of my voice or attempts to make myself smaller in an elevator where I am the only black person.

How about the instances where black children feel embarrassed when they say their African names even in schools that are predominantly black. I am yet to see a child called John and Peter laugh and feel shame as they introduce themselves.

I could go on and I’ve left out the hard stuff.

In the grand scheme of things, these micro-aggressions seem minor and inconsequential but in fact, they lay the ground for much larger injustice. The effects of this are of biblical proportions to the degree that skin bleaching has become a multi-billion-dollar industry.

According to statistics provided by the WHO, 77% of Nigerian women (the world’s highest) and 40% of Chinese women bleach their skin. World over, millions of human beings are pouring bleach onto their skin so they can look white. Normalised madness, to put it crudely.

This sort of madness is a sign of effective marketing and PR. The system that sells racism is doing a stellar job. Racism seems to be a problem that some people conveniently think we can deal with without first analysing its root cause and thinking of ways to destroy it as any concerned doctor would with any ailment.

Whilst we must not conflate every act of discrimination with structural racism, we must recognise the relationship between top-down propaganda and the bias that we all carry. We can’t be intimidated into being silenced for fear of “playing the race card”.

Fighting all forms of discrimination and prejudice within ourselves and within society is a key part of fighting racism and our quest for justice.