Sony Is Launching Its Own PlayStation 5 Covers

Sony made an exciting announcement this month after it revealed that it will be launching its own PlayStation 5 covers for the console that will come in a variety of colours to choose from.

It turns out that Sony actually listened to its users after many complained about the boring toned black and white design that the company had decided on forcing some of the gamers to resort to aftermarket custom plate designs made by companies like PlateStation and Dbrand.

Others took matters into their own hands by actually painting and using different materials to create rich and unique custom plate designs for their PlayStation 5 consoles after Sony threatened legal action against companies doing the custom plates.

However, it seems Sony has decided to cut out the middleman and take a different route by launching its own official colourful plate covers which are expected in the next month.

Starting next month, gamers will be able to choose their own PS5 console covers based on the five Sony-sanctioned colours known collectively as the Galaxy Collection. The collection includes Midnight Black, Cosmic Red, Nova Pink, Starlight Blue and Galactic Purple and will each cost $55.

The covers will also be available for both the PS5 with the Ultra HD Blu-ray disc drive and the PS5 Digital Edition, according to Sony.

The news about the new covers came after Sony revealed its new DualSense wireless controller colours that will come in Cosmic Red and Midnight Black. The company also promised to release three additional controllers in Nova Pink, Starlight Blue, and Galactic Purple at participating retailers beginning in January 2022 with each costing $75.

Sony had promised to launch legal battles against companies creating Playstation 5 covers with Dbrand being one of them since it took a stance against the tech company prompting it to launch hefty lawsuits later on.

However, many believe that Sony wasn’t just fighting for its IP against third-party competitors but wanted to capitalise on the market available for custom PS5 covers, which is why it is not surprising that its new official plates cost $55.

Just like the unauthorized console panels, Sony’s own offerings can be also be adhered to by removing the reviled white covers and simply clicking the new ones into place reports Gizmodo. 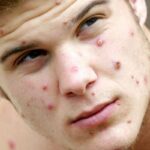 What Are Non-Religious Support Systems for People

During these challenging times, it can be difficult to find the right kind of support system

END_OF_DOCUMENT_TOKEN_TO_BE_REPLACED

5 Ways to Promote Engagement and Active Learning in Classes

Teaching and imparting knowledge is a noble profession that comes with numerous techniques to achieve results.

END_OF_DOCUMENT_TOKEN_TO_BE_REPLACED

Best 8 Tech Courses: Which Self-Guided Course Is The Best?

The tech industry is booming these days and you too can be a part of it.

END_OF_DOCUMENT_TOKEN_TO_BE_REPLACED

In the new global economy, where technology is front and centre, obtaining a future-ready skillset is