Manchester United were Impressive Despite Loss to Barcelona

Everything leading to this game suggested that Barcelona were to have a meal of Manchester United at Old Trafford but at the end of the 90th minute, the Red Devils are not only still in the tie, but they go to Barcelona next week with so much hope and confidence.

The world expected Old Trafford to explode with brilliance from Barcelona and talisman Lionel Messi but it was the Red Devils who showed up. Barcelona won the game by 1-0 thanks to an own goal from Shaw.

Manchester played a high pressing game, closing all the spaces that Barcelona needed to operate in. Barcelona however, did manage to get the better of United and started flowing the ball around and it was just a matter of time before the Ole’s side conceded when Messi found Suarez who headed towards the goal which was deflected into the back of the net by Luke Shaw.

After conceding, United enjoyed great shares of the ball and posed more threat in the first half as compared to the Catalunya side. Smalling fulfilled his promised on shutting down Messi by blooding his nose. Generally, Smalling had a fantastic game while Barcelona were looking rather tired and clueless for most parts of the game.

In the second half though, the game became rather more open however, both teams didn’t really spark enough to make this the tie that everyone was looking out for.

After getting the knock from Smalling in the first half, Messi was pretty much quiet the rest of the game and it was Arthur, Coutinho who seemed to be the spark in the Barcelona side, while Pogba, Rashford and Lukaku and McTominay were pivotal in ensuring that United kept the pressure on Barcelona.

Interesting read: The best things to do in Barcelona in 2020

Romelu Lukaku after the game said that they need to show more arrogance when they visit the Camp Nou so that they can pile more pressure on the Catalunyans.

It is important to note that United have had an incredible away form in the UEFA Champions League with significant examples in Juventus, Paris Saint Germain among others. This means that Barca will have to be very wary of the English side.

So can Ole Gunner Solskjaer manage to guide his side to a memorable semi final bath or will Messi continue with the promise that he made to the Barcelona fans that this season they will be returning the Champions League back home?

The road to Madrid 2019 seems to just be getting more interesting. We will keep you updated. 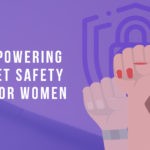 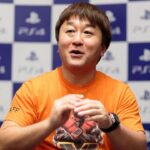 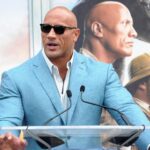