Yesterday during the Apple event, the company released it’s smartphone flagship phone for the year 2019-2020 and it was the iPhone 11 and it came in three different sizes.

Key to note this time round was the fact that Apple focused on bringing a great phone but also did something that no one anticipated them to do and that is keep the prices lower which puts them in a strategic place in the market.

We all remember that Samsung had increased it’s prices to be able to keep iPhone in check despite making slightly more sales than the American giant company and now with Apple also slashing the prices of it’s products, this leaves Samsung in a very precarious situation.

Those three cameras on the back of the iPhone 11 Pro and Pro Max are Apple’s biggest risks in a series that plays it safe this year. For many people, the iPhone represents the gold standard for smartphone design and cutting-edge features like Face ID unlocking, which Apple says is now faster than before.

But despite bread-and-butter features, like support for Wi-Fi 6, the iPhone 11 trio fails to push the envelope, relying instead on the big camera change and smaller refinements to keep up momentum.

The  iPhone 11, which includes a new wide lens camera and the highest quality video camera ever found in an iPhone will enter into a market and most definitely win over the instagram, snapchat driven generation that are obsessed with great cameras and digital marketers who need good photos during events.

Samsung, Sony Xperia, Oppo and Hauwei have been the biggest shareholders in the market when it comes to great cameras and with the new camera development on the iPhone, Apple may just have found the trick. 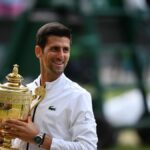 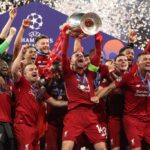 The Premier League Returns Amidst so Much Hooray0 Shares 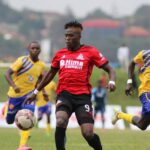